Northtown’s class of 2020 prepares to vote 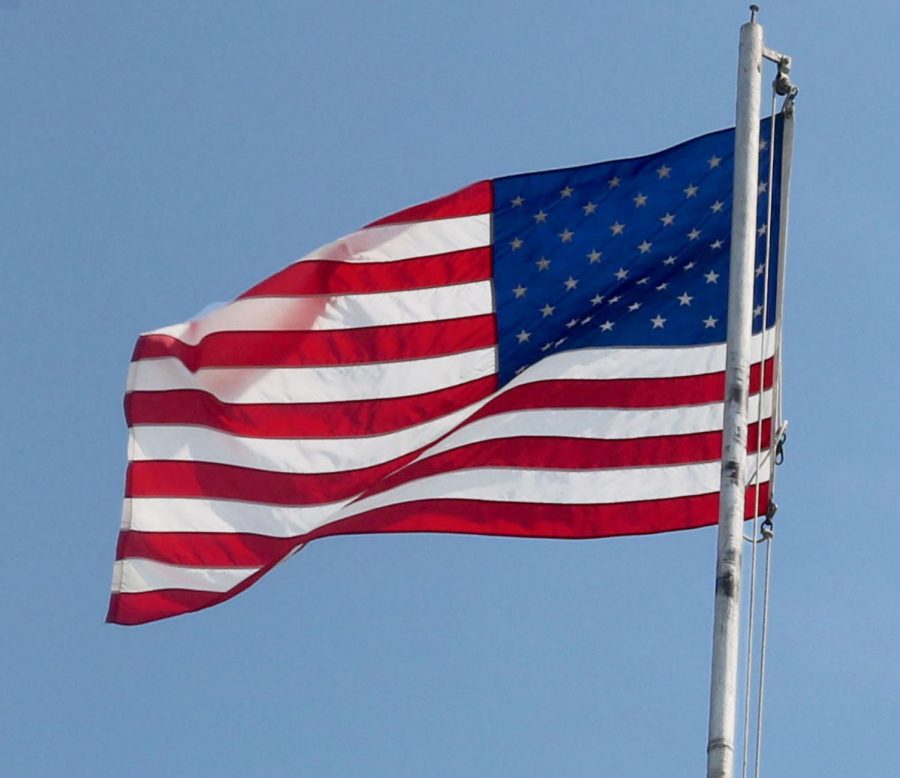 An American flag waves outside of the North Kansas City High School's Norclay building. American citizens await the undecided fate of the election.

“Vote, vote, vote, and make it a habit to vote,” Margaret Nurrenbern said when asked about the 2020 election. This upcoming election will be the first election that the class of 2020 will be able to vote in, as well as 2019 and 2018. One thing most people can agree on is the excitement of this class voting.

“I think it’s great, I think it’s important that we participate as citizens. So, three years ago I never thought I would be able to vote in the 2020 election. I never really thought about it so it’s pretty cool and exciting to know that my class will be able to.”

“The easiest way is to go to both democratic and republican offices that they have. They have offices here in the Kansas City area. Get information from them. Do a little bit of research, if you know what the person stands for, it’s a lot easier to research what they stand for, rather than what the individual said here or there.” Louis Breinen said.

Being informed is also a great way to come up with your own opinion on who to vote for. Most kids are influenced by their parents to think or believe a certain thing. Some people, like Mendoza believe that influence on who teens vote for is a good thing

“Well, without being biased, probably a little bit, but what is too much influence? You know.” Mendoza said. Breinen also feels older generations are influencing younger generations.

Breinen and his wife both voted for Trump so, when his daughter came home crying after the election, they were both shocked. Breinen looked for the root of the problem and found the teacher was inadvertently saying bad things about Trump. Breinen was sure that the things the teacher said influenced his eldest daughter.

Some people already have an idea of who they’re voting for in the 2020 election.

“I just Bernie man, he’s the best, and I know he can beat Trump, that’s what’s important.” An anonymous source said. On the opposing side of that is another anonymous source.

To really get informed on how to vote here are some websites to help inform you about who’s who and what’s what in the upcoming 2020 election.