Get Ready to Walk the Runway: Proms Here in Four Weeks

Find out all you need to know about April 23rd, as well as a checklist to help you prepare 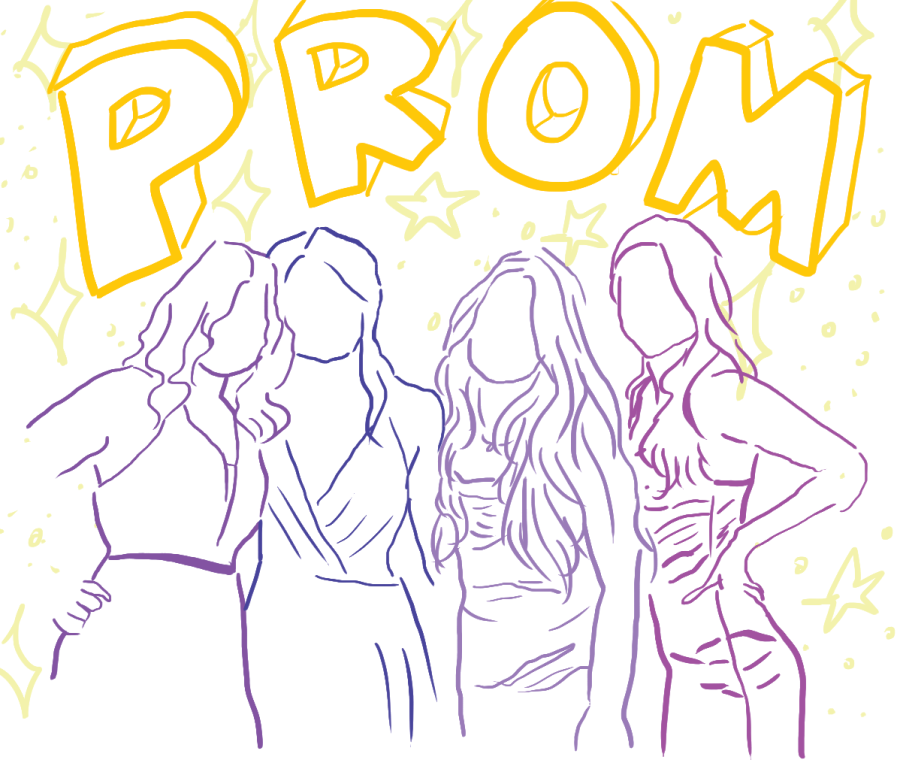 Prom is four weeks away and the rumors are swarming. This year, prom is on Saturday, April 23rd, at Studio Dan Meiners located downtown from 7 to 10 pm. This year’s theme is Hollywood, and the dress code is black tie. Black tie entails students should wear their best- formal dresses and suits. If you haven’t heard a whispered “do you want to see my prom dress?” are you actually in class? For those wearing suits or tuxes, think about buying or renting soon.
Besides attendees’ responsibilities of dressing up, the student council oversees organizing prom. Prom committee member Dalysa Calvin shares that the best part of planning prom is “knowing stuff other people don’t know. It’s just so secretive, it’s fun planning out everything.” Dalysa, who’s a junior knows there’s a barrier when she and the rest of the prom committee arrange the dance- the fact that none of them attended one before. What should upperclassmen expect from prom? fun. It’s mostly for seniors, no one really knows what to expect unless they went their junior year or before”
This year’s prom will be almost senior exclusive- “the venue is only like 400 capacity, so seniors are going to get tickets first and if there are extra juniors can. But if you are going with a senior the senior can easily pay for your ticket” Calvin says. Morgan VerDught, prom committee leader emailed more information to upperclassmen this week. Seniors nominated prom court earlier this week, which will be announced Friday, April 1.
Seniors can purchase their tickets starting April 11th to the 15th in Mr. O’Keefe’s classroom, B144. The following week, April 18th-22nd tickets can be bought by both juniors and seniors, while supplies last during all lunches at the concession stand. Students have to bring a form of ID, government or school when buying their ticket. Without ID, a ticket cannot be bought.
Showing ID is the same for entering the dance on the 23rd- students must show ID and their ticket in order to get in. STUCO’s prom committee is assuring a fun dance this late April, music will be based on suggestions from the senior and junior classes. Calvin lets us know that “Homecoming music and winter formal music was so different so prom committee probably TikTok trends, just music everyone can relate to.”
Prom court will be announced on April 1st and the king and queen are voted for and crowned at Prom on the 23rd. This will be the majority of attendees’ first prom- so have fun and be safe.

Getting closer to prom:
– Confirm your appointments and reservations
– Glam trial runs
– Corsages, boutonniere
– Tights, special bra depending on your dress, heel pads