Kicking off the first home game: Vacation brought to Northtown 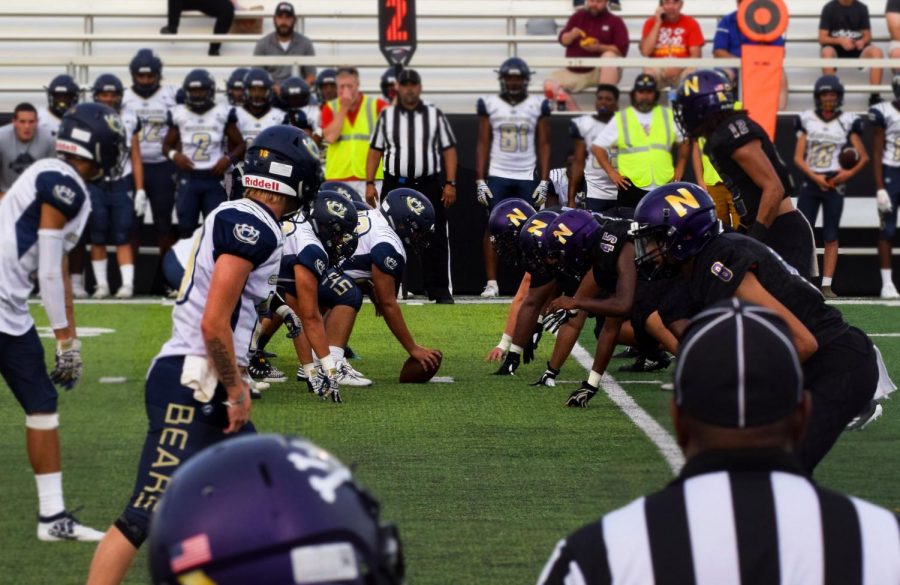 Northtown Hornets set up for defense in their first home game. Northtown Hornets beat the Chrisman Bears on the first game on home turf, the Hornets contine to be undefeated as of print date.

School Spirit is a very important thing at North Kansas City High School, with having themed games it’s great to see all the students dressed and excited for the night. The first game theme was Tacky Tourist.

Student, Victoria Mendolia, said, “I’m excited to see how our boys do tonight, with how good we did last year the expectations are very high.” Last football season the home team went 9-2.

There were many students almost an hour early waiting with excitement for the game to start. The players appeared very excited and ready for the game; they had been practicing for weeks preparing themselves for this game.

“The Coaches and team have been working very hard to get our team to this point I think we’re going to just as good this season as the last there’s been a lot of hard work and dedication put in from all areas of the team.” Varsity player Brian Pacheco said.

Many Northtown students showed up dressed and ready to cheer their team to victory. All the school had spirit in the student section. Everyone in their ‘Tacky Tourist’ shirts, fanny packs, and leis you would almost believe you were in Hawaii yourself.